(By Peter Andrews and Steve Brown)

AMSTERDAM-NOIR-Wat u niet ziet bij de Staats ‘AIVD-NPO’ en de ‘Goldman en Sachs –MI6-BBC’ en ‘CIA-CNN’(Video’s) : ‘World Economic-Taxfree-Elite-Gangsters- Forum’ Covid-19 ‘Police- State – CDA Gestapo-General Grapperhaus- lockdowns ‘improved cities all over the world for us the ‘Killer-(War Crime)-Elite’ and Endlösung of the poor and Freedom of the People’.The ‘WEF-Super-Elite-Gangsters’  became a Devil-lightning rod for controversy in the past year as the elitist Mass-Killer- group’s founder, ‘Devil-Klaus Schwab’, seized on the Covid-19  Endlösung he poor and  the Freedom of the People pandemic as a “narrow window of opportunity to reflect, reimagine and reset our world.” Schwab advocates a “reset of our economic and social foundations,” which would involve more globalized  ‘Taxfree-Snake in Suits- War Crime- Steel the OIL and Gold-governments, building greener infrastructure and reforming  the Blood Vapire -capitalism in pursuit of more “equitable outcomes.” The corrupt Politicians like ‘War Mongul-Biden’ and his EU Puppets Macron, Rutte en Johnson  dismissed concerns over the Great Reset, and the ‘dr. Goebbels- New York Times’ called it a “baseless conspiracy theory. The US-Taxfree- War Crime& Steel the OIL & Gold-Killer-Elite’  ‘Puppet-Canadian Prime Minister  Boy- Trudeau’ was among the politicians who called the Great Reset a “conspiracy theory,” after he was shown on video speaking of the pandemic as an opportunity to accelerate a “reset” 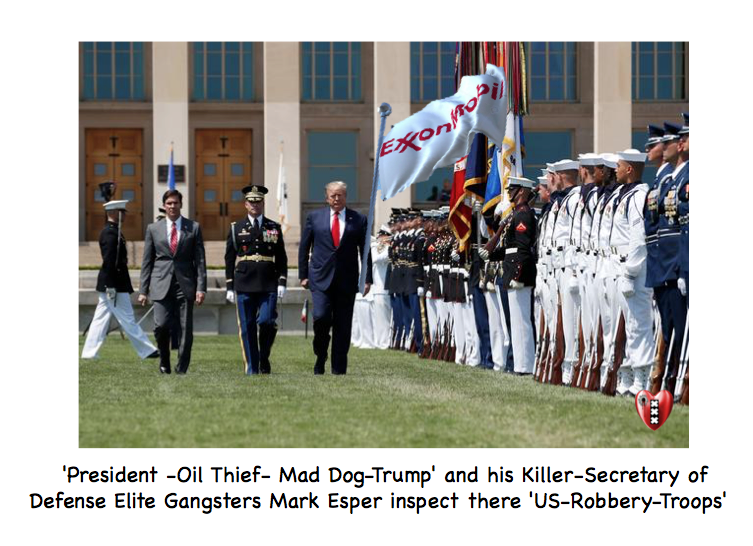 Boris Johnson resigning because of ‘low’ salary £150,402 and Trump wil leave US if lose election’ and ‘Dutch-Taxfree-King Willem& Family’more‘Corona-money’(Video’s)

The UK’s virus mutation is nothing but recycled alarmism, with no substance to justify the cancellation of Christmas and plunging us all into yet more misery. It’s unscientific, unjustifiable and unforgivable.Let me set the scene. The world (we are told) is in the grip of a deadly plague. Health services (we are told) are on the brink of collapse. And just when you think things cannot get any worse, the horrific news comes down from on high that our invisible enemy has mutated into an even scarier form. Although it is too early to know anything of substance about it, it is entirely possible that it is more contagious, or more dangerous, or – who knows – maybe both.

UK&EU lockdown laws may help against the new Covid-19 strain, but the strain on kids’ mental health is too high a price
Was that the situation at the weekend as the UK was plunged into what’s rapidly become its worst crisis since World War II (and certainly the worst self-induced one), just ahead of Christmas? No, this was the precise situation FIVE MONTHS AGO, when I wrote about Spike D614G, a mutant variant of coronavirus that we were told could be up to NINE TIMES more contagious. You may not remember because that mutant strain turned out to be a total nothing burger. So why would this one be any different?

Coronavirus 2.0 may be up to NINE TIMES more contagious … but that may be cause for celebration

The name game:Covid pandemic’ push more than a Billion people in poverty & make the Taxfree-Ultra-Rich like King Willem & Princes Mabel Richer.
This time around, our Covid commissars haven’t even bothered to give the new strain a flashy name – it is called ‘VUI2020/12/01’. For those interested in what evidence ‘the experts’ have to excuse the panic they are sowing, here is their own one-page justification. Unsurprisingly it is a scant, wishy-washy patchwork of hasty findings, centring on already debunked PCR tests and the mystical ‘R number’. There is absolutely no suggestion it poses any additional threat.These experts, styling themselves as NERVTAG (why do they love to come up with acronyms that sound as they came from a James Bond movie?), say they have “moderate confidence” that VUI2020/12/01 is more contagious than the supermarket-brand coronavirus. (Would it also be fair to say, then, that they have “moderate confidence” that it is not more contagious?)In any case, I am tickled to see the name of our old pal Neil Ferguson pop up in NERVTAG, the man who screwed his mistress, screwed us all, and – we thought – screwed his career in the process. I think I am actually starting to like this nutty professor, who must have a neck of the purest, untarnished brass. Maybe it’s something you pick up on the London swinging circuit. As the old saying goes, you just can’t keep a good man down!Meanwhile, a top Scottish doctor has remarked that there isn’t a shred of evidence that this strain is any more contagious (let alone deadly). Professor Hugh Pennington even notes that the timing of the announcement is ‘’very handy to cancel Christmas.” An entire group of anti-lockdown scientists have issued a challenge to Health Secretary Matt Hancock to back up his claims about the new variant. Professor Carl Heneghan is still waiting for evidence for the claim that the new strain is, precisely, 70 percent more contagious. And I hardly need to tell you by now that the fantastic Dr Mike Yeadon is having none of it.

Nothing new under the sun: The most lethal virus is not Covid. It is War and/or Hunger and/ or the Opioid crisis and/or the ‘Taxfree-Elite-Gangster- States’ with Puppets Trump&Rutte(Video’s)

Back in July, I made the argument that it would actually be a good thing if the Spike D614G strain was more contagious. I explained the school of thought that says that seasonal respiratory viruses, like the one that causes Covid, evolve to become less dangerous as they spread through a population. This is because respiratory viruses always have thousands of variants, some that increase the deadliness and some that reduce it. The deadliest ones sicken or kill their hosts quickly, before they have a chance to spread it to other people. But the least deadly ones, which cause no or mild symptoms, can hitch a ride in their hosts to many people who they can then infect and multiply. Thus, natural selection favours the mildest, most contagious strains.I still believe in the logic of that theory, and I think it explains why the coronavirus is now endemic (i.e. everywhere) and by extension why all further restrictions are completely pointless and do only harm. I will not give Hancock and the rest of SAGE’s anti-scientific advisers the satisfaction of directly addressing this so-called new strain: as Prof. Pennington has suggested, it looks like a ploy designed to mislead the public into sacrificing Christmas, the only glimmer of hope that had got them through this harshest of winters.

Psycho Boris Johnson’ steels public money for bizarre seks with Callgirl. It doesn’t matter, as his ‘Dutch King Willem& King Carlos& Prins Bernhard -kind’ always get away with it & Dead to China!

One should be wary of caricaturing the ‘US-Taxfree-War Crime-Killer-Elite’ ‘Poodle Boris Johnson’ and the rest of his cronies perpetrating this crime on the people as ‘Grinches’. They are nothing so amusing or cuddly. They are far, far worse than that, and make no mistake about it, they know full well what they are doing. The irrepressible Peter Hitchens has pointed out that Britain now resembles the cursed land from CS Lewis’ Narnia books, where it is “always winter but never Christmas.” I never thought the nightmare worlds of my childhood reading would manifest in reality; but this year, they have.

(Peter Andrews, Irish science journalist and writer based in London. He has a background in the life sciences, and graduated from the University of Glasgow with a degree in genetics)

3 gedachten over “NWO reset:There are thousands of Covid strains, so this new scare is Not a big deal, but corrupt politicians like Rutte & Ollongren & Johnson just love their new authoritarianism.”