This scathing but flawed piece of film-making holds the Democrats accountable for causing great suffering in having exacerbated the issue of illegal immigration. Just don’t expect to see it on any major platform any time soon.

Geen -Corona- Complot- fabeltjesfuik’: Lange Frans huilt omdat Lubach zijn YouTube op zwart heeft gezet& 500 Trump’s gekidnapte Kinderen(Video’s) .
America’s Forgotten, directed by Namrata Singh Gujral, exposes the fetid swamp that is illegal immigration into the US. It’s been shunned by mainstream distributors such as Netflix, but has still generated a good deal of interest, because Gujral – an Indian immigrant and registered Democrat – takes direct aim at #Metoo-Joe Biden ( and The Ducht illegal immigration) and his corrupt party for their immigration policies, which she believes have resulted in both a catastrophe for illegal immigrants and chaos in America and the EU 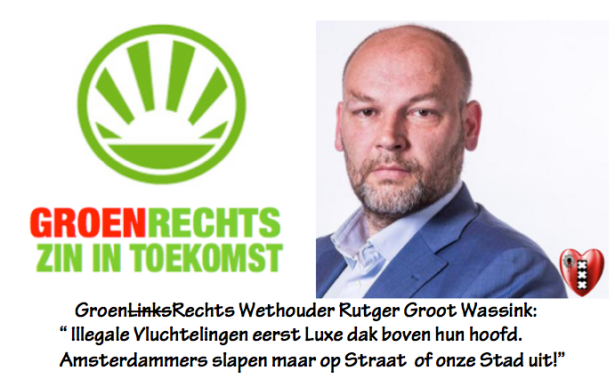 The film examines the complex topic through four personal stories. These narratives focus on Gurpreet, a little Indian girl who died trying to cross the US’ southern border; Maria, a Mexican woman who runs a gauntlet of extortion and rape to illegally enter the country; Sabine Durden-Coulter, whose adult son Dominic, a legal immigrant from Germany, was killed by an illegal immigrant in a drink-driving accident; and Jonathan Decoster, a native-born former Marine who now lives on the streets of Los Angeles.

Our deadly Frankenstein: Social media’s creators admit it dehumanizes people, disrupts social fabric and destroys  even the  US&EU-Fake Elite- Pedo-Rapist-War Crime-democracy
Via these four strands, Gujral shows that Americans are, by nature, good people, but that their misplaced compassion towards illegal immigrants leads to policies that actually increase such immigration, which, in turn, is extremely dangerous for both America and the immigrants themselves.Both politically and philosophically, the film is spot-on, and tells a forceful story that has been shamelessly blacklisted by the establishment media.

The film reveals that, in contrast to the common perception, illegal immigrants are often not the tired, poor, “huddled masses yearning to breathe free” welcomed in the sonnet inscribed on the Statue of Liberty, running from persecution in third-world nations. Rather, they are middle-class foreigners paying $5,000 to $15,000 to emigrate from Central America, $50,000 from Europe or Africa, and $50,000 to $75,000 from India, in order to chase their dream of a pot of gold at the end of the American Horror- rainbow.

One of the most interesting subjects in the film is the Iraq war veteran, Decoster. The movie uses him as the mechanism by which to tell the story of how immigration decimates the poor and working class in America by diverting resources, lowering wages, and eliminating opportunity. Decoster’s resulting despair led him to opioid addiction and, ironically, we see him head to the Mexican border to seek out the lowest price for heroinTo the film’s credit, it highlights some shocking and disturbing facts, such as at least a third of female illegal immigrants will be sexually assaulted on their journey, and that, by percentage, non-citizens far outpace native citizens in terms of the welfare benefits they receive – despite paying far fewer taxes.

America’s ( and EU)  Forgotten doesn’t just expose the problem of illegal immigration, but offers a solution. The film contends that the blueprint for a safe and fair immigration system is the Bracero Program, which thrived from the 1940s until 1964. That would seem to be a logical solution to the scourge of illegal immigration that’s harming natives and immigrants alike, but emotion has long ago replaced logic on this polarizing and partisan issue.And that leads me on to one of several things that bothered me about America’s Forgotten: emotionalism. The mainstream media deceives Americans by emotionally manipulating them, when it comes to the issue of illegal immigration. They tug on American heartstrings and Americans predictably react with what the film calls misplaced compassion

Unfortunately, America’s Forgotten uses the same tactic, exploiting the grief of Ms. Durden-Coulter, the pain of Maria, and the despair of Jonathan Decoster to make its points. That doesn’t mean those points are invalid, it just rubbed this viewer up the wrong way, because whenever there’s a naked appeal to emotion, there is also an appeal to discard reason.I also struggled with the film’s participatory style, which is the same one Michael Moore uses to great effect. This results in the director being the movie’s protagonist, driving the story from her personal perspective. The problem with Gujral is that her voice, which narrates the entire story, is grating and weak, and she simply isn’t a compelling or commanding enough presence to carry this urgent story.

Another problem is that the movie is very poorly produced. There are technical glitches throughout, most notably with the sound, which make it seem an amateur endeavor, and, frustratingly, that undermines the film’s strong thesis.At the beginning and end of America’s Forgotten, a message appears on the screen informing viewers that, due to a fear of political reprisals, the crew all decided to work anonymously. The members of the sound team certainly dodged a bullet on that one.In truth, Gujral and her crew are wise to fear reprisals, as Hollywood’s powers-that-be, including the malicious middle management class, are extremely partisan and relentlessly petty. I have no doubt Gujral’s Hollywood career is now essentially over before it ever really had a chance to begin.

In conclusion, if you want to see the illegal immigration story the mainstream media doesn’t want you to know about, rentAmerica’s Forgotten (available on Vimeo, SalemNow and iScreeningRoom). I’m not sure in our polarized political era it can change any minds, but that doesn’t mean it isn’t telling a very ugly truth.

(Michael McCaffrey is a writer and cultural critic who lives in Los Angeles. His work can be read at RT, Counterpunch and at his website mpmacting.com/blog. He is also the host of the popular cinema podcast Looking California and Feeling Minnesota. Follow him on Twitter @MPMActingCo)

2 gedachten over “‘Geen -Corona- Complot- Lubach-fabeltjesfuik’: documentary, America’s & EU Forgotten, reveals the story of illegal-(Slave)- immigration to the US&EU the MSM doesn’t want you to know about.”