assassination of American citizens.
On December 22 the American Civil Liberties Union filed a lawsuit against the corrupt ‘Mad Dog- Trump administration’ in an attempt to force the release of newly established rules related to the U.S. military’s secret program of killing. The program was established during the corrupt ‘War Mongul- TTIP- Obama Administration’ and now expanded under ‘Mad Dog-Donald Trump’. Recent reports from the New York Times (1, 2) allude to the fact that the Trump administration is loosening the already flimsy protections established by the “Uncle Tom” -Obama admin. These protections were reportedly put in place to minimize injury and deaths of civilians.The ACLU states that two recent articles from the New York Times and The Atlantic spurred on the lawsuit. The New York Times investigation reviewed U.S. airstrikes from the beginning of the fight against the Islamic State in Iraq in 2014 to December 2016. The report found that the U.S. military killed civilians 31 times more than it admitted. The second piece was a response to the Times‘ investigation by Robert Malley and Stephen Pomper, former national security officials in the Obama years. The men admit that the ‘War Mongul-Obama administration’ continued the global War on ‘Terror’ by keeping the infrastructure in place. The men also note that protections for civilians were inadequate, as were promises of transparency and reparations for victims.

In October, Activist Post reported that a newly signed Presidential Memorandum would normalize the use of drones in American life.

administration the use of drone bombings are increasing and airstrikes have already increased. Also, in an apparent effort to fight illegal immigration, the U.S. Customs and Border Protection will be using drones to conduct aerial surveillance on American citizens on the border. These actions have led privacy groups to ask the extremly corrupt U.S. Senate if images gathered by the CBP’s drones will be connected to the agencies facial recognition database.As the ACLU notes: the ‘Puppet-Trump administration’ of ”the Shadow World” is killing people in multiple countries, with strikes taking place at a virtually unprecedented rate—in some countries, the number has doubled or tripled in Trump’s first year in office.The American public is generally aware of conflicts taking place in Iraq, Syria, and Afghanistan, but remain largely ignorant to the military operations taking place in Somalia, Pakistan, Nigeria, and across the African continent. These operations have lead to an increase in civilian deaths. Another point that can not be ignored is the fact that the ‘US-Killer-Elite- government’ is bombing people in nations which are majority Muslim. These are the same countries subject to the so-called “Muslim ban.” This means there are likely people who have become refugees in an effort to escape the ‘US-Elite’ led wars on their homeland and then they are turned away or treated like criminals.“At the same time, it (the Trump admin) refuses to officially disclose critically important information about where it is conducting strikes, against whom, and with what consequences,” the ACLU writes.Throughout the ‘War Crime-Obama 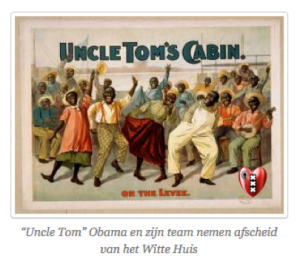 administration’ the ACLU fought legal battles over the release of Obama-era documents related to the secret kill list. The Presidential Policy Guidance (PPG), sometimes known as “the Playbook” or disposition matrix, guided the War Mongul- Obama Administration’s decisions on the U.S. government’s drone assassination program. The PPG was originally released in May 2013, but the full content of the document has remained a secret. The public has only seen a “fact sheet” which describes the document.